Museum of the Royal Houses in Santo Domingo

Get to know one of the cultural monuments of the capital

Many people associate the Dominican Republic with dreamy beaches in La Romana or Punta Cana, but what they don't know is that the country hides a colonial past worth knowing that dates back more than 500 years. Today we want you to get to know a small piece of Dominican history in the museum of the Royal Houses or Royal Palaces (as it is also known) in Santo Domingo.

Where is the museum located?

To know where the Casas Reales museum is located, we have to move to the colonial area of the city of Santo Domingo, capital of the Dominican Republic.

Why is it called that?

The Museum of the Royal Houses is one of the most visited by tourists who come to Santo Domingo for its excellent geographical location in the heart of the colonial city. And you may be wondering, why is it called that?

Although when it was built more than 500 years ago its name was Palacios Reales, in the end the name ended up deriving in the building of the Royal Houses to be the first court that was formed in the so-called New World, when the Spaniards were still settling throughout the Caribbean at the time of the conquest.

The museum as such was inaugurated in 1976, when President Joaquín Balaguer established it as the Dominican National Museum, acquiring the name of Museum of the Royal Houses. 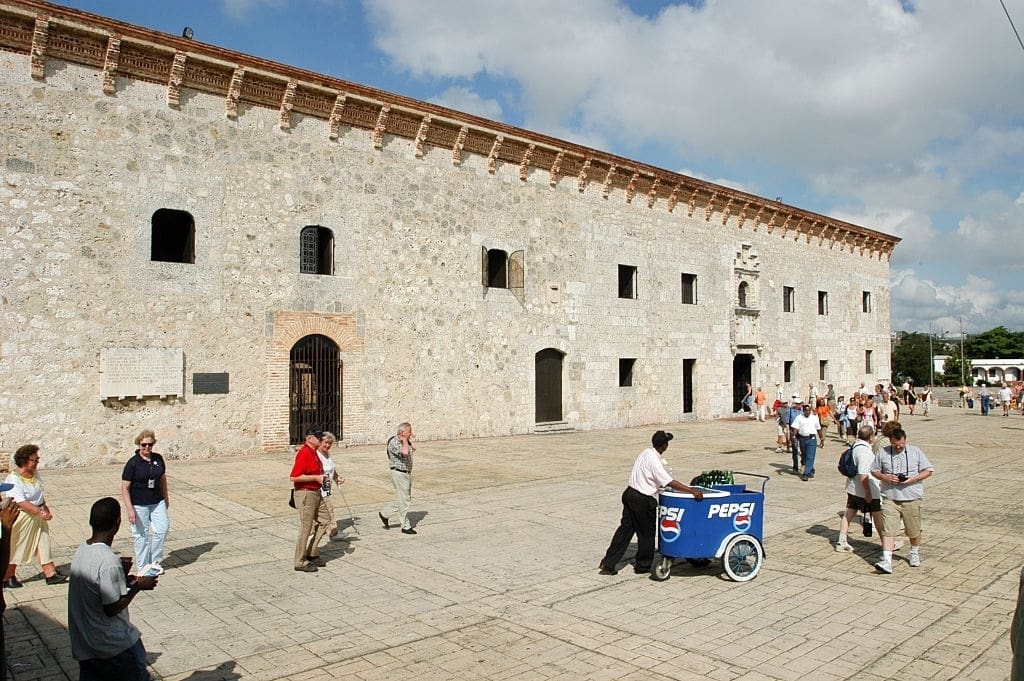 History of the building

On the banks of the Ozama River, the first city of the Caribbean had grown, a place where Christopher Columbus decided to settle after not having a good start in La Isabela. Once Santo Domingo was already considered the capital of the New World, under the mandate of the Crown of Castile and Ferdinand II of Aragon, it was decided that a governors' palace should be built so that the "chiefs" who arrived in the Caribbean could stay there.

The inauguration of the palace took place on October 5, 1511, and it was not only the building of the royal houses, but also served as the General Captaincy.

The Royal Audience was also established here, the first court in the Caribbean, which not only exercised its influence in Hispaniola, but also included other islands such as Cuba, Puerto Rico and Jamaica, at that time under Spanish rule.

Although of great historical importance, it should be noted that the palace has undergone changes in its architecture over the years due to figures outside the time of the discovery. First by General Louis Ferrand at the beginning of the 19th century, who made the building more in accordance with the French style that he wanted to predominate. Later, in the early years of the 20th century and during the government of Carlos Felipe Morales, the construction was again modified to serve as the Government Palace, the same thing that would happen during the mandate of the dictator Rafael Leonidas Trujillo, who turned the palace into a government office.

Already as a museum since 1976, the most remarkable thing is that the King of Spain at that time, Juan Carlos I, was present at its inauguration.

What to see at the Casas Reales museum

The Casas Reales Museum is today considered one of the most important monuments in the Dominican Republic due to its historical importance.

In the exhibitions it houses we can learn about the customs and way of life of the people who lived on the island of Hispaniola after the discovery and conquest of America.

It has up to nine rooms between the two buildings that make up the museum, in which we can see objects, images and writings ranging from the early days of the Spanish in the Caribbean to the separation from Spain in 1821.

The building mixes several styles of the colonial era, such as Elizabethan Gothic with Renaissance Plateresque, although it always had a strong military character as evidenced by the cannons that we find in front of the entrance of the museum. It is also worth admiring the interior courtyards of the museum, perhaps the best preserved part next to the halls.

Access to the Casas Reales museum is from 9 am to 5 pm every day of the week, although the last entrance of the day is at 4 pm.

Entrance fees vary depending on the visitor's age.

The best option to visit the museum is to purchase a private tour with a guide so that you do not miss any detail of this emblematic place. In the activity that we have on the web to book the excursion of Santo Domingo, you will have the guide included in the price. 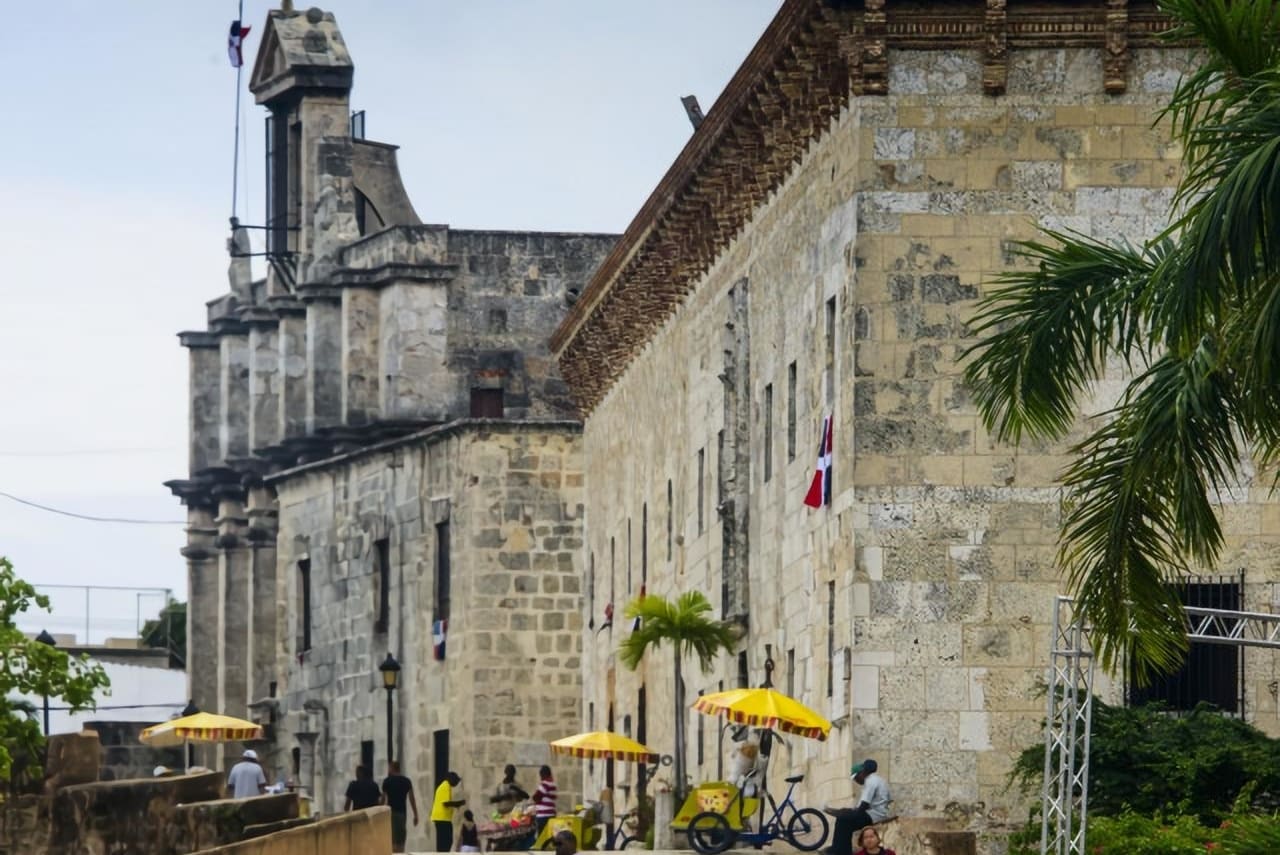 Opinions of tourists who have visited it

In conclusion we wanted to leave you some opinions about the Casas Reales museum in Santo Domingo:

"Beautiful museum that shows the history of the colony. It is very well maintained. The Museum of the Royal Houses or Royal Palaces, as it was called during the time of the captaincy general and the province, had as its headquarters two palaces, which date from the sixteenth century. This royal palace was built by orders of the Crown of Castile, in the reign of Ferdinand II of Aragon, on October 5, 1511, with the purpose of housing the main government offices of the time."

"Very didactic. The visit is very instructive. A must-see site to visit in Santo Domingo."

"I would say that the Museo de las Casas Reales is the most important and complete museum in Santo Domingo. It is established in an emblematic building, next to the Ozama River and near the Alcazar, next to the Plaza de España. In its rooms we will be able to find many elements that will tell us about the history of the city, the conquest by the Spaniards and much more."

What to see in Sabana de la Mar

When is sargassum season in Punta Cana