In the extreme southeast of the Dominican Republic we find one of those paradises on earth that you can only visit once in a lifetime: Saona Island.

As part of the Parque Nacional del Este, it is an area with incomparable nature, where you can enjoy mangroves, coral reefs and beachs like Palmilla, with incredible yellow sand and surrounded by palm trees of the aracaceae species. Snorkeling in its shallow waters you can find all kinds of fauna, but the queens of the place are the starfish, which are everywhere. Saona Island is the turning point for many visitors to Punta Cana and we are sure that if you visit it, it can be one of the highlights of your vacation!

It is the perfect excursion to do with kids, friends or a partner. Once on the island you will be able to walk through a natural pool in the sea, since the water on Saona Island has no waves at all and only covers up to your knees. In addition, you can enjoy eating next to such a paradise, drink a mojito and even dance with our entertainment team! 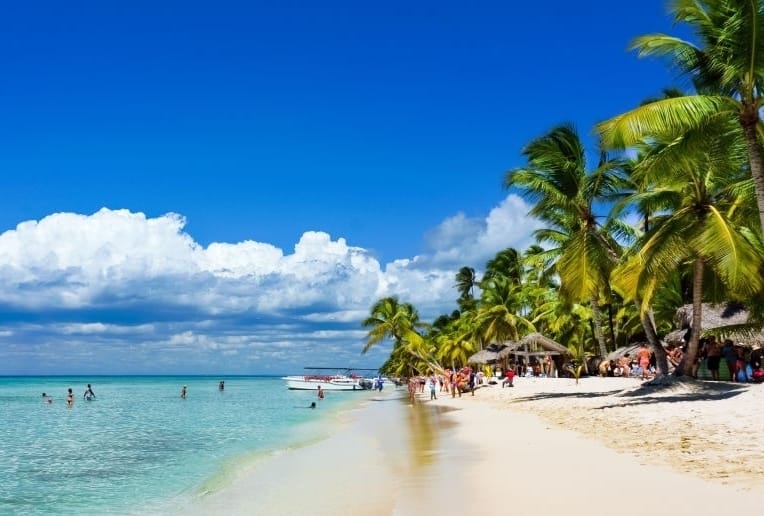 Every day in the morning

* The times indicated above are approximate.

In this map you can see the points that we will visit in our excursion to Saona Island.

History and curiosities of Saona Island

Saona Island is not only a beautiful natural place, but it also has a very interesting history. For the Tainos, the indigenous inhabitants of the island, it was called Adamanay. It was later, with the arrival of Christopher Columbus, when the island was called Bella Savonesa in honor of Michele da Cuneo, a native of the city of Savona, Italy.

Here you can also find the famous Cotubanamá cave, where the Taino cacique of the same name was executed. Today it is another of the island's tourist attractions.

Saona is a movie island, and in the literal sense of the word. Some scenes of the film Pirates of the Caribbean were shot here. But if a movie has always marked Saona Island, that was Blue Lagoon, "El Lago Azul" in Spanish. Thanks to the fact that it was filmed in these landscapes, thousands of people discovered Isla Saona through the big screen.

Does this tour include eating lobster at the buffet?

No. Eating lobster at the buffet is an extra service that you can book separately when you purchase the excursion.

The lobsters of our free buffet are fished every day in the Bayahibe beaches, in order to guarantee the freshness of the product. This area of the Caribbean enjoys a large amount of crustaceans and mollusks that feed on plankton and sargassum, being its ideal environment. So you cannot leave Saona Island without tasting Dominican lobster.

What is included in the excursion to Saona Island in Punta Cana?

After an early departure from the hotel, 8 hours of pure fun await you on our visit to Saona Island.

The excursion to Saona Island includes the following:

If you want a more complete experience, you can enjoy our private VIP tour, with all inclusive and a longer stay on the island.

Recommendations to go to Saona Island with our excursion

On our visit to the beautiful Saona Island we will take care of everything for you to be as comfortable as possible, but we still recommend you to bring a few essentials for the hot and sunny climate of Saona Island:
BOOK EXCURSION

Our clients opinions about the excursion to Saona Island

"Enjoy this excursion, it's worth it, it's beautiful, the service is spectacular, the food, the catamaran trip."
Samantha Cooper
JackCana Tours client
"It's a beautiful island, it's an exceptional day! Traveling by catamaran with music and entertainment and returning by speedboat is a beautiful experience! Visiting the lagoon...it's the dream place!!!"
Arturo Sánchez
JackCana Tours client
"Everyone should visit this island, it is a paradise made real! If you go, you should be ready to take the best pictures of your life, it's simply amazing! I've been able to see other islands, like Rosario or Isla Mujeres, but Saona is out of this world."
Lydia Ordoñez
JackCana Tours client 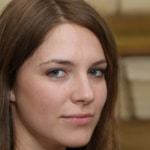 In addition to this excursion, you may be interested ... 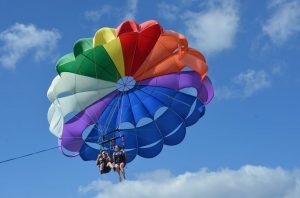 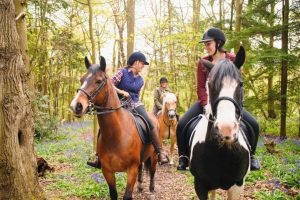 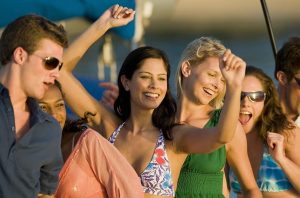 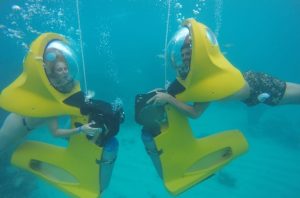 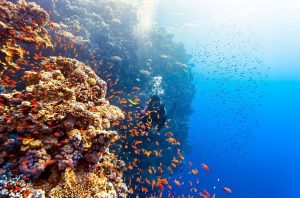 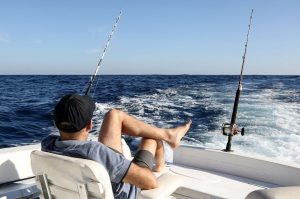 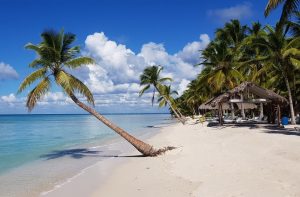